How to Undo an Unpushed Merge

If you’ve done a merge and haven’t pushed it yet, undoing the merge is very simple.

Use the git reset command to return to the revision before the merge, thereby effectively undoing it.

If you don’t have the hash of the commit before the merge at hand, you can use git log to find it out or you can use the following variation of the reset command:

After doing the above git reset, you’ll notice that any changes from the merge will be undone and you can continue working as normal.

How to Undo a Pushed Merge

Undoing a pushed merge is a bit more complicated. Before getting to it, we need to learn a bit more about commits and git merges.

What is a commit parent?

To view the parent of a commit, use git show --pretty=raw <commit-hash>.

What is a merge commit?

When a branch named feature is merged with master, a new “merge commit” is created on the branch master. A merge commit is the same as a normal commit except that it has 2 parents. In this case, the 2 parents of the merge commit will be the previous head of master and the head of feature. 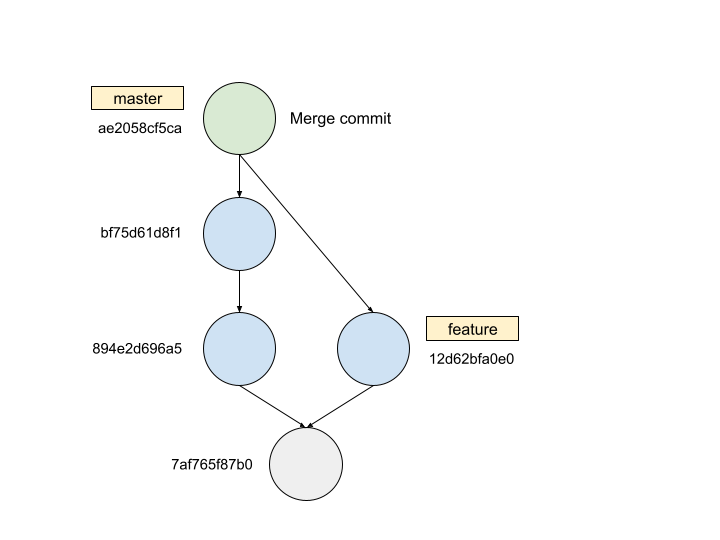 On running git show, the new commit displays both the parents:

How does git revert work?

The revert command in git takes in a commit hash and compares the changes with the parent. The delta or the diff is calculated and the negation of it is applied as a new commit.

Let’s take a closer look at what this command will do:

When you view a merge commit in the output of git log, you will see its parents listed on the line that begins with Merge: 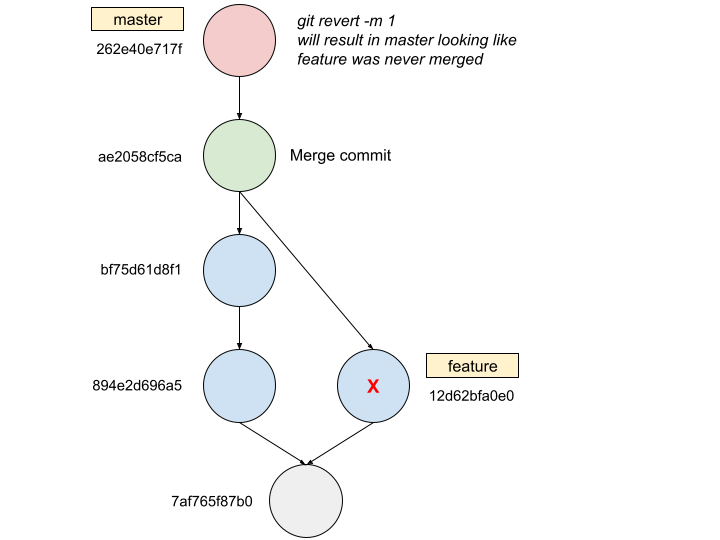 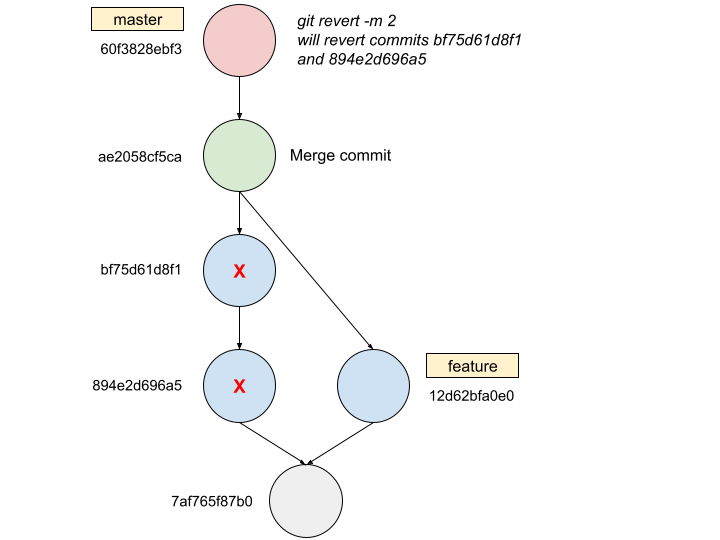 Why can’t we use git reset this time?

git revert will make sure that a new commit is created to revert the effects of that unwanted merge. This is in contrast to git reset, where we effectively “remove” a commit from the history. Hence, git revert is a better solution in cases where you’ve already pushed to remote as altering the history of the remote repo can cause problems for the other developers using the repo.